Sporting a new championship t-shirt wet from celebration Zed Williams listened to his accomplishments from the game. He scored six goals, five of which came in the fourth period and led to the Whipsnakes winning the PLL Championship for the second year in a row, this time without a loss.

But when asked about his mindset during the game, Williams mentioned his teammates first. Williams, an indigenous person from the Cattaraugus Reservation clinched his stick through the whole interview, an ode to the medicine game of lacrosse he appreciates so dearly.

Williams, the 2020 Jim Brown Most Valuable Player, eyed the trophy, choked up about his father and walked away from the interview after less than a minute at the microphone having said more about the Whipsnakes than anyone could.

Williams is known as a humble person and embodies the team ideals of the Whipsnakes. In his first PLL season, he led the league in goals at the PLL Championship series, including four goals in less than two minutes to spark a fourth-period run. The defense, which Stagnitta protected during the Expansion Draft, allowed zero goals in the final 17:38 of the game. The Whipsnakes assisted on five of their 12 goals in the game and surged back from a 6-2 deficit in the middle of the third period to end the game on a 10-0 run in an eventual 12-6 championship victory over Chaos on Sunday.

The game, the championship run and the plan from the beginning was the epitome of ‘Whipsnakes ball,’ a term players often use to describe the team’s success. The sometimes cliche phrases players list off aren’t just lip service though. They’re why the Whipsnakes are repeat champions.

“It's hard to win in professional sports, to get people to truly play like a team,” Stagnitta said. “We talk about it all the time in the huddles. How are you making the team better today? What is your contribution to the guy next to you? What's your commitment to him? Let's take the best shot, not the first shot. Those are all kind of part of our system and kind of Whipsnakes lacrosse. It's not a cliche, it's really part of our culture.

“We say the best team wins, not the best players and we've been able to have the kind of guys that buy into that.”

Stagnitta met JC Glick about four years ago during a summer lacrosse camp on Nantucket. A lifelong lacrosse coach, Stagnitta took an interest in Glick’s leadership seminars and books. A former Army Ranger, Glick emphasizes people over everything when building a culture. As a leader, the people you’re serving need to come first.

Eventually, Glick and Stagnitta partnered up and formed Prodromos, which advises leaders of organizations in the areas of culture and leadership. The term Prodromos, refers to an ancient Greek cavalry unit that scouted ahead of the main unit. Stagnitta and Glick have worked with coaches like Ron Rivera and companies such as Capital One.

The pair preach four principles in leadership: curiosity, humility, loyalty and empathy. All of those four ideals stress putting other people first and being a listener, not a talker. Stagnitta’s voice is often calm when mic’d up on NBC. Sometimes he asks questions before he directs. The players say they appreciate his honesty the most; they know what they’re getting from coach Stags.

“That team is good because it has good players,” Glick said. “It's allowed to win because it's coach allows it to win...Good leaders allow good people to do great things and you don't get in their way.”

It’s why they all talk like him when they’re talking to the media. Or perhaps he talks like them. Regardless, they all mention their teammates first. They talk about how they don’t care who scores, they just want to win. At times, it sounds like a list of cliches meant to escape a media appearance. But when you throw that mindset into a three-week quarnitined tournament. It builds on the players. They ate every meal together for the course of the tournament, spent entire days at the facility and then bussed back to the hotel to sleep side by side. 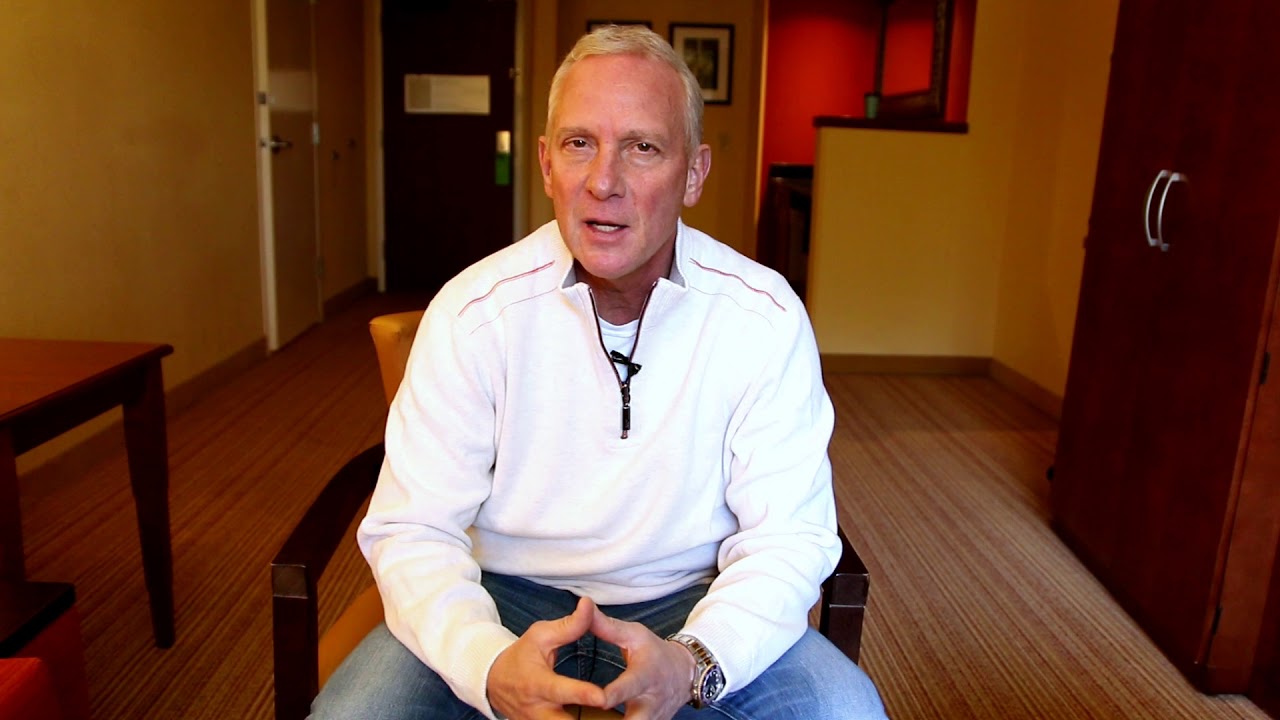 Intentional or not, the Championship Series was truly built for the best team to win, a team that understands itself and it’s values.

“We obviously have a lot of talent,” said attackman Jay Carlson. “It's still about playing unselfish lacrosse. I think watching some of these other teams in other games, some of these guys have their ball in their stick a little too long. They're trying to get their own points, own goals, while I think our team kind of plays unselfish offense.”

A ping pong ball might’ve saved the Whipsnakes chances at repeating. When the Expansion Draft rules were announced and Jim Stagnitta knew he’d lose some players to the incoming Waterdogs Lacrosse Club, he and his staff decided their defense would be the most irreplaceable. The whole group had come out of the same system at Maryland and meshed well in their first season with the Whipsnakes. So Stagnitta forfeited 71 points of offense knowing he’d replace them in the offseason drafts.

Then a global pandemic happened. With the college lacrosse season cut short, and the NCAA offering an extra year of eligibility, many of the players Stagnitta and his staff thought would be coming into the PLL stayed in college.

Luckily, the Whipsnakes had that one ping pong ball for the Expansion Draft. It was pulled fifth, rather than the anticipated 7th spot, and gave Stagnitta his first major win of the offseason: Williams. With midfield and attack experience and the ability to drive an offense on the opposite of Matt Rambo, Stagnitta knew Williams would be a key element to this year’s team.

“That going our way made all the difference in the world,” Stagnitta said.

In the months leading up to the Championship Series, the Whipsnakes traded for Max Tuttle, a midfielder formerly with Chrome LC, and finalized a roster that included Jay Carlson and Brad Smith as potential offensive contributors. Smith sat out all of 2019 with a broken foot, while Carlson had played in 2019 but not on a consistent basis.

In the spring, Carlson wasn’t sure he’d be making the trip to Utah. Originally, he’d heard there might be 20 players with two additional spots for reserves and the man who’s known for his crease dominating antics wasn’t positive he’d be on that list.

He called Stagnitta. He told his coach from the year before that he’s the kind of player that arrives each year better than the last. He explained how his game, a player that exploits holes in the middle of a defense and capitalizes on inefficient slides, would be perfect for tournament play. When defenses grow tired, their play proves sloppy and sloppy defenses forget about guys like Jay Carlson.

After starting six games in the PLL’s inaugural season, Carlson had trained to be a starter in 2020. A week or so after their first phone conversation, Stagnitta rang Carlson and told him he’d be coming.

“On paper, some people from the outside were like ‘eh I'm not sure what we're going to get from those guys,’ and they thought we were going to lose some scoring from those other guys,” LSM Michael Ehrhardt said. “But we all knew, in our team, that we had a great group of guys going into this tournament and that we were going to have success with it.”

Matt Rambo and Zed Williams didn’t score a single point in the Whipsnakes semifinal matchup against Redwoods. Rambo entered the game the PLL leader in points with 20, while Williams led the PLL in goals with 14. For most teams, not having either of those players score would paralyze the offense. But the Whipsnakes had other scoring options.

The Redwoods slid quickly. It helped limit Rambo and Williams from attacking their one-on-one matchups as they were rarely alone but it also led to an overactive defense. As the Redwoods defense slid, the second and third slides couldn’t keep up with the ball movement.

It was just like Carlson had suggested to Stagnitta. Eventually, teams would lose him. It led to him finding the ball on the doorstep (no team had more rebound goals than the Whipsnakes) and him catching and shooting as well (no team scored off two passes more than the Whipsnakes). Carlson scored four goals in the game while Smith and Tuttle each added one.

The Redwoods' focus on the attackmen led to transition woes as well. The defense didn’t want to slide off of Rambo and Williams, a fair strategy, but it left Ehrhardt unmarked in transition and led to two two-point goals from the LSM.

Jeremy Sieverts, a second-line midfielder, scored the game-winning goal in overtime on his third shot of the PLL Championship Series. After dodging on a short-stick midfielder,  No one slid to the previously unthreatening Sieverts. He swept across the alley and bounced in a goal.

“We’re just all about winning,” Rambo said earlier in the Championship Series. “We don’t give a s*** who scores, we just want to win.”

The work of the lacrosse version of Prodromos, the scouting done ahead for the group, pointed to open two-man games and inverting midfielders. Through three periods, the Whipsnakes had played one-on-one lacrosse and not moved the ball enough. Before the start of the final 12 minutes, Stagnitta reminded his team of the matchups they wanted, challenged Smith and Haus to keep inverting and left the players to speak with themselves.

“Trust yourself, trust each other,” Defenseman Matt Dunn pleaded to his teammates before their huddle ended.

The first goal of the fourth period came via a John Haus invert and drive from X. A two-man game spawned the game-tying goal from Williams while two passes led to Carlson’s go-ahead goal. In between those goals, and well after, Chaos never scored. The Whipsnakes defense Stagnitta had valued so much in the offseason finished the tournament allowing the least second-half goals per game.

Stagnitta admitted post-game that part of the fourth quarter magic wasn’t anything you can coach. It was Williams being Williams, using opponents as picks, barreling through defenders, and zipping in goals.

When Williams received the individual reward for those efforts, he looked to his right and tried to pass the MVP trophy around. He wanted to share it with his teammates. The best player had won and so had the best team.

13 thoughts on “‘Whipsnakes Ball’: Why the defending champs were destined to repeat amid a pandemic”